The Pickup Truck… possibly one of the most important innovations that has shaped the American landscape and the lives of everyone around you. Pickup trucks have been in our lives for close to 100 years now, with the first models coming into the markets from Dodge and Chevy in 1918. Every day we use them to make our lives easier, whether it be for hauling a bunch of landscaping materials or simply dropping the kids off at soccer practice. Many would say that our society wouldn’t have progressed at any rate close to what it has over the past 100 years if we didn’t have the pickup. The pickup is undoubtedly a very important part of our lives and it has been fascinating seeing all of its transformations over the past century. Let’s take a look at where it all started! 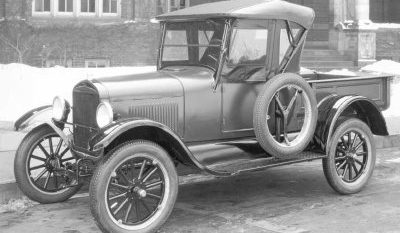 Like mentioned above, the first two pickup trucks were made by Dodge and Chevy in 1918. However, these pickups weren’t that impressive. In fact, the Chevy didn’t even come with a cab, forcing the buyer to build one from wood or some other material they had laying around. Soon after, in 1925 Ford produced the first pickup truck to roll off of an assembly line, a model based on the existing Model T. This pickup was very simple with a small bed on the back and a 4 cylinder engine that produced a whopping 21.7 horsepower. Although these pickups do not seem like much, it was just the beginning and there was much more to come.

The move to 6 cylinders 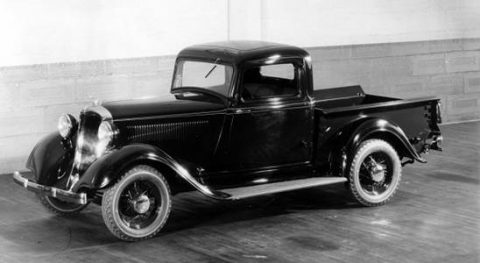 Soon after, Chevy and Dodge made the first  6 cylinder engines. This was a big innovation for pickup trucks and brought a lot more power to the consumer. With the extra power, these pickups were able to do many more jobs than before. Very quickly the consumers realized that when it comes to pickups, The More Power The Better! 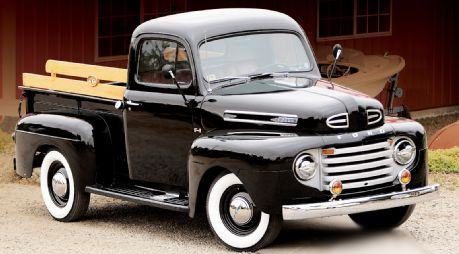 Starting in the 1940’s and going through the 1950’s there were some fairly big leaps with the innovation of Pickups. At this time, engines started to produce more and more power, some of the first four-wheel drive models were coming into the markets, and styling started to take off. Manufacturers started to pay a great deal of attention to the looks of pickups and started to add impressive paint jobs with slews of chrome throughout the vehicle. In the 50’s, large V8 engines came into the markets, bringing more power to the consumer and allowing them to take on even more tasks. At this time the well-known F-Series Pickup came out with a variety of models and soon became the most popular pickup. The 40’s and 50’s can be given a lot of credit for all of the advancements that took place (Not to mention that vehicle production ceased during WWII).

Shrinking with the Gas Crunch 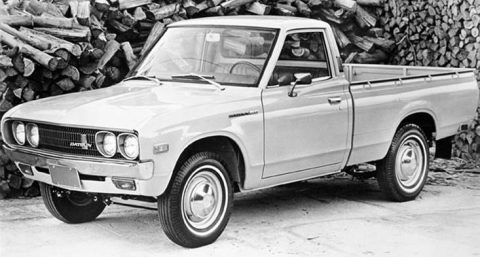 When the mid 60’s came, the markets started to see the first compact pickup trucks. Following this, the number of compact pickup trucks increased dramatically in the 1970’s with the Gas Crunch since everyone wanted to be as efficient as possible. Small pickups like Datsun’s and Ford Rangers were everywhere on the streets and V8 engines seemed to have been pushed to the back burner. Compact trucks ruled the roads in the 70’s due to their convenient size while still being able to do everything that consumers needed.

The Change from a Utility to a Primary Vehicle

Once the 1980’s and 90’s came, the world started to see the transformation of the Pickup from a Utility to a Primary Vehicle. All of the Pickups started to come with more luxurious additions making them more enjoyable to use as an everyday driver. Additionally, these trucks kept on getting larger, especially with extra cab space. Finally, in the late 90’s something caught wind and brought major innovation to the industry, the Diesel Engine. Diesel Engines started to gain popularity and became a preferred option when it came to towing and very heavy duty hauling.

Present day it seems like the Tech Boom has made its way into pickup trucks. It is abnormal to see a new truck without cameras, navigation, heated seats, backup sensors, etc. Additionally, the diesel engine has made its way into compact trucks due to better fuel efficiency while still performing well. These existing compact trucks have also became known as mid-size pickups because their size seems to keep increasing. Manufacturers like Ford have started to bring some change to the industry by putting smaller engines with turbochargers in pickups, bringing the same power but better fuel economy to the consumer. Lastly, it seems like pickups have started to come even more equipped to tow due to the abundance of trailers out on the roads. Nowadays, the newest trucks on the markets are boasting incredible numbers with the amount of weight that they are rated to carry. Along the same lines, Diesel Engines in pickups are also now outperforming gas engines with both horsepower and torque. The innovation of the pickup truck seems to never stop and will not anytime in the future.

We have certainly seen a lot of change throughout the past century with the pickup truck. It seems like every decade there is a fairly large transformation for one reason or another. Whether the changes take place from innovation or from economic stresses like oil prices, it seems like the pickup always reflects what is happening in the United States. It has been an experience at Campway’s and Truck Tops USA to see all of the transformations in the pickup over the past 50 years or so.